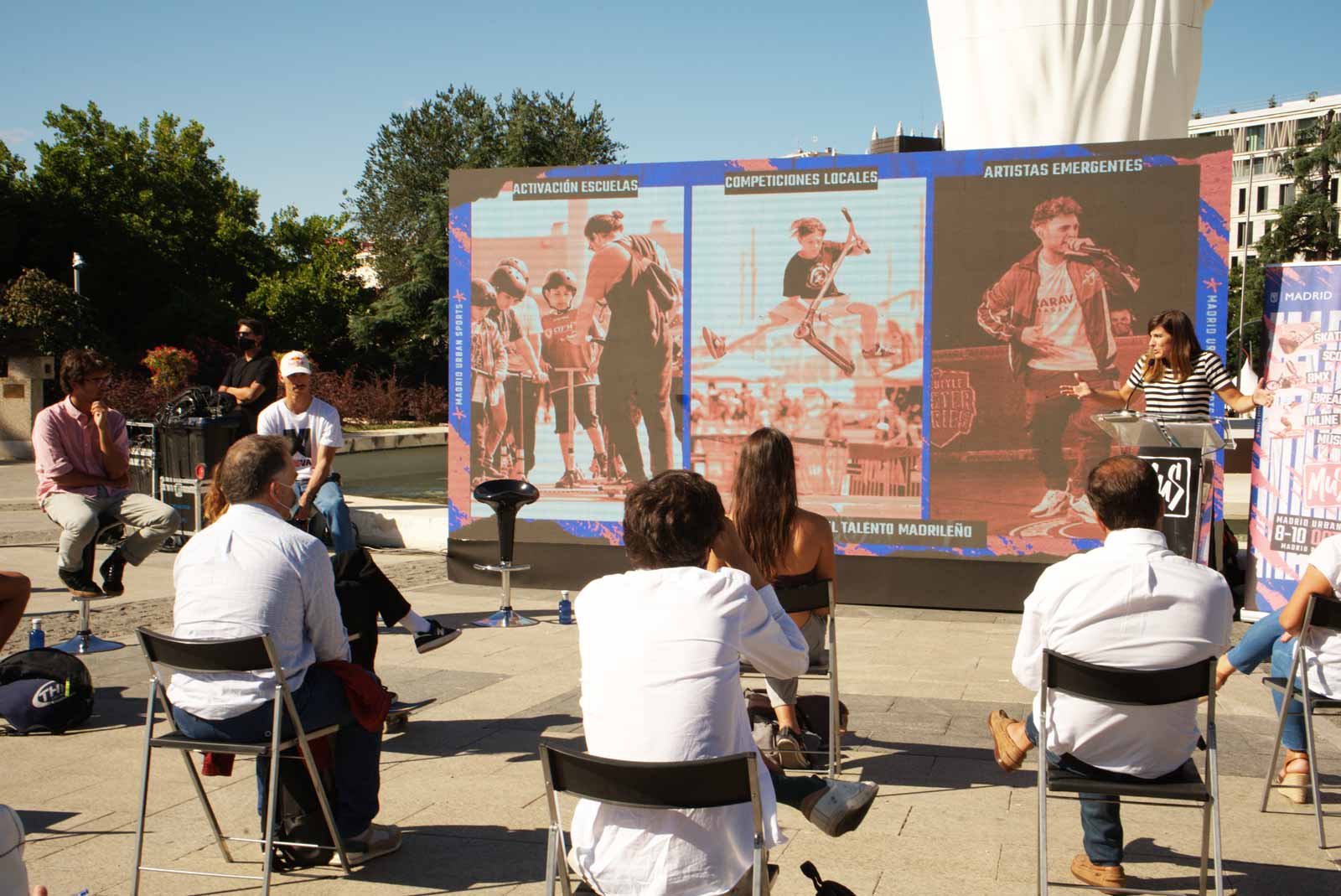 Danny León, who made his debut at the Tokyo Olympics’ in the skateboarding discipline, has been one of the ambassadors during the presentation of Madrid Urban Sports that took place today at Plaza de Colón, Madrid, an emblematic stage of urban sports in the capital.

“I’m proud to finally have an event at my city as this will offer visibility and an opportunity to the skateboarders, but also to bmx, scooter, roller freestyle or breaking local athletes”, said Danny.

The Olympic athlete has highlighted the values of sport and the importance of reinforcing it in the youngest people: “for me this is a way of life and goes beyond sport, it creates union and bond between friends and fellow competitors, and that is transferred outside the park”.

Madrid Urban Sports will take place from October 8th to 10th at Madrid Río-Matadero and will be a free event open to the public. “Sport is changing and the Olympic Games are the clear example with skateboarding and BMX’s debuts in Tokyo 2021. The cities need to renew their sports offer, we can no longer leave aside the young people who practice the urban sports and that’s why the Madrid City Council has opted for Madrid Urban Sports with the intention of turning it into an annual reference event that provides a space for emerging talent from the city“, said Sofia Miranda, Councillor for Sports of the Madrid City Council during the press conference.

Madrid Urban Sports will be the first event to bring up to five competitions with Olympic disciplines with its BMX (international C1) and skateboarding (men’s and women’s) finals as well as Breaking, which will debut in Paris 2024. Scooter and roller freestyle will also be a great attraction for the public that, for three days and free of charge, will be able to enjoy all the sports and

Nearly 700 students will be introduced to skateboarding in schools

The MUS goes beyond the three days of the festival, and during the previous weeks, around 700 primary and secondary school students will be introduced to skateboarding with specialized teachers, bringing this sport from high competition to the youngest.

“The Olympic Games have been a bridge so that urban sports can reach a more massive audience, but what we want is to bring it closer to all children in the city and that’s why we will be in several schools offering introductory classes the previous weeks“, said Victor Casanovas, from the management of SevenMila, organizer of the event alongside Madrid City Council, with the support of Foro de Empresas.

Olympic athletes such as Daniel Dhers, silver medalist in BMX at the Tokyo Olympics’, and other big international names will be presented at Madrid Urban Sports, but there will also be room for national competitions such as the final round of the breaking circuit, a prelude to the qualifiers for Paris 2024, or the Spanish BMX Championship. The men’s and women’s finals of each of the disciplines can be followed on television and via streaming during the festival weekend.

Madrid Urban Sports will land for the first time at Madrid Rio with the purpose of being a reference as a sustainable event at the city. Therefore, throughout the festival, there will be a signage and waste collection campaign and everything collected will be converted into reusable material for the 2022 edition.

The event will host male and female competitions with parity of awards “in a bid for equality as this doesn’t happen in all sports and it’s time to start to changing it,” said Sofia Miranda, to conclude the event.

Don’t miss out the action and stay tuned for more news.