Great success of Madrid Urban Sports with more than 48,000 spectators during the three-day event 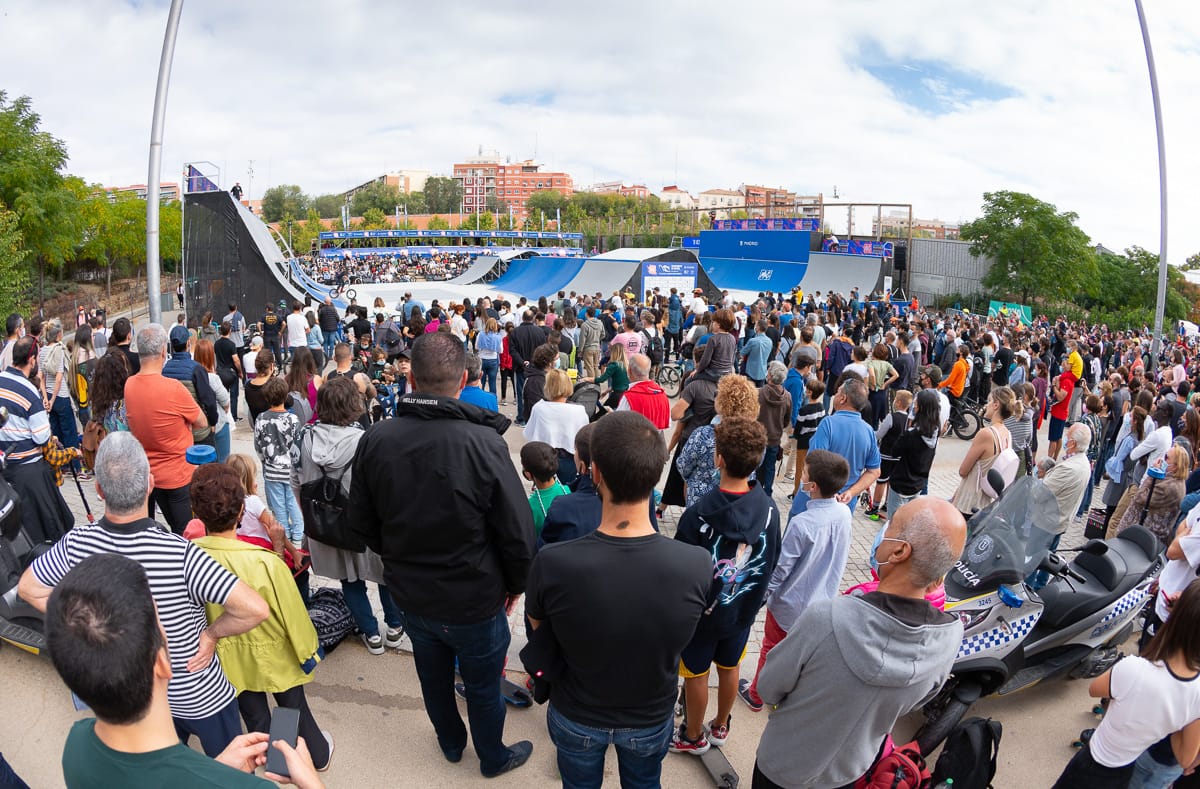 Madrid has become the epicenter of international sport and culture throughout the weekend. The first on-site edition of Madrid Urban Sports has been held with a great success of spectators, more than 48,000 people, during the three days of the event. The facilities created for the occasion in the Madrid Río-Matadero park breathed a festive, sporting and cultural atmosphere with spectators of all ages.

Sport and urban culture are booming and the large number of attendees at the event has shown the interest of the people of Madrid in these trends. A potential that the Madrid City Council and Foro de Empresas already foresaw when they decided to hold Madrid Urban Sports in a space open to the city’s public.

“We were clear that we wanted to bet on it and bring to all the people of Madrid these sports that are increasingly practiced in the streets of Madrid. The success of attendees shows that the City Council’s bet has been more than right,” said Sofia Miranda, Councillor for Sports, who has experienced first-hand the whole event.

Madrid has become Olympic during the weekend hosting the largest number of athletes and Olympic medalists in the same event. During the three days competitions of up to 6 different sports were held: skateboarding, BMX and 3×3 basketball, all of them Olympic disciplines, as well as roller freestyle, scooter and breaking, the latter, Olympic debutant in Paris 2024.
“Having Olympic references in the different disciplines is one of the best examples to encourage young people in the capital to pursue their dreams. Perhaps the national participants of this first edition of Madrid Urban Sports could represent their country in future Olympic Games,” said Councilwoman Miranda.

In total, more than 600 athletes from up to 25 different countries have gathered in the largest festival of sport and urban culture in the city.

The presence of Olympic athletes has given prestige to Madrid Urban Sports and has raised the level of the competitions. In men’s skateboarding, Peruvian Angelo Caro won the gold medal, showing the talent that took him to fifth place in the Tokyo Olympics. Caro performed the highest scoring trick of the competition in the best-tricks of the final.

Another highlight of the MUS was the BMX final, which drew thousands of people in front of Central Park. The American Nick Bruce was proclaimed champion with a very solid first attempt that earned him the gold medal. The Argentinian “Maligno” Torres won the silver and the Croatian Marin Rantes the bronze. On the other hand, Olympic medalist Daniel Dhers was just short of the podium, finishing fourth.

Madrid Urban Sports also hosted the Roller Freestyle competition. In the men’s category, the champion was Raúl Quiles from Barcelona, who won gold, followed by Víctor Medrano and Abel Morales. Mery Muñoz from Bilbao won in the women’s category, silver went to Eneritz Quincoces and Carla Martín was bronze.

In addition, throughout the day the stage of the Urban Stage has witnessed the spectacle of Breaking, a sport that will be Olympic in Paris 2024. The competition has had numerous participants, from children to older youth, and the show has become one of the most striking of the day.

Absolute success of public during the whole weekend

The Madrid Urban Sports puts an end to its first on-site edition with an absolute success. The public flocked to the Madrid Río-Matadero Park to enjoy a spectacle of sport and urban culture never seen before in the city, which allowed the attendees not only to be spectators but also protagonists of the show.

Both the bleachers and the area around the five stages of the event have seen thousands of spectators who have been interested in the varied offer proposed by the Festival.

High level sport, with six competitions in action, live music through the imagin Flex Moments and the Young Blood battles, added to the urban art that took place in Manzanares Town, allowed the public to enter a world unknown to many.

In addition, Madrid Urban Sports has had a great impact, especially among young people, who have seen reflected in the event the positive values of sport and urban culture. Effort, persistence and a great desire to have fun in a healthy way make MUS an essential event.