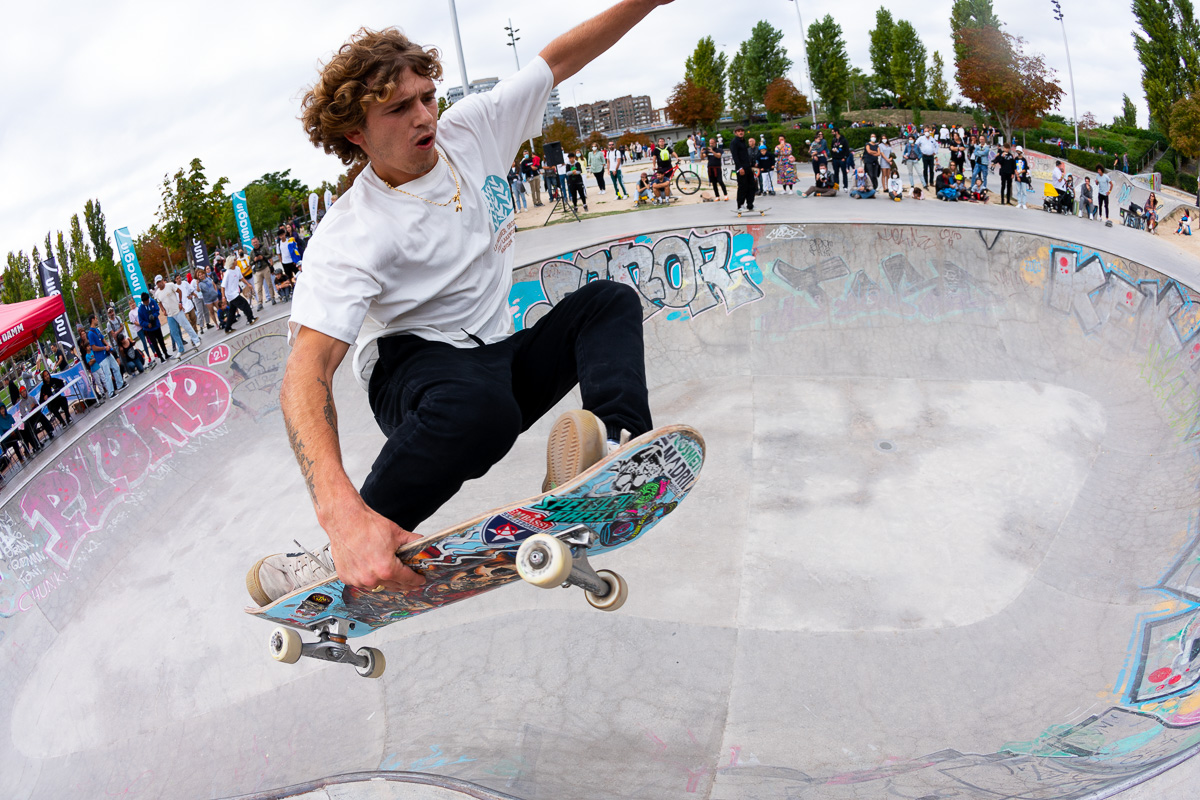 The Ignacio Echevarría Bowl was flooded with skaters for good reasons. The best skaters of the Bowl discipline were present to compete to take “a little bit” of the more than 3000 € of prize money to be divided between the two genders.

Olympian Jaime Mateu won the 1000€ prize thanks to tricks like a perfect frontside blunt, 540º, nollie bs 360, frontside river or a backside steelfish.

Jaime shared the podium with Frenchman Jean Pantaleon thanks to his almost two-meter fly performing a perfect steelfish, in fact the 750€ prize he won was thanks to being the man of the heights of the event.

In third place Miki Huercano won €350 thanks to a good blunt flip after several attempts to perform it.

Finally Stellio Sake won a well-deserved €100. He is the Nollie man.

Naia Laso, number one in the women’s Bowl competition

Female talent in Spain is no joke. #1 Naia Laso with 1000€ thanks to being the most consistent, with less falls and great grinds, #2 Julia Benedetti took 200€ for that smooth and millimetric flow when skating, #3 Valentina Planes was awarded by the judges with 150€ for being the all-rounder and #4 Gadea Moja with 100€ showed a very polished style in the bowl.