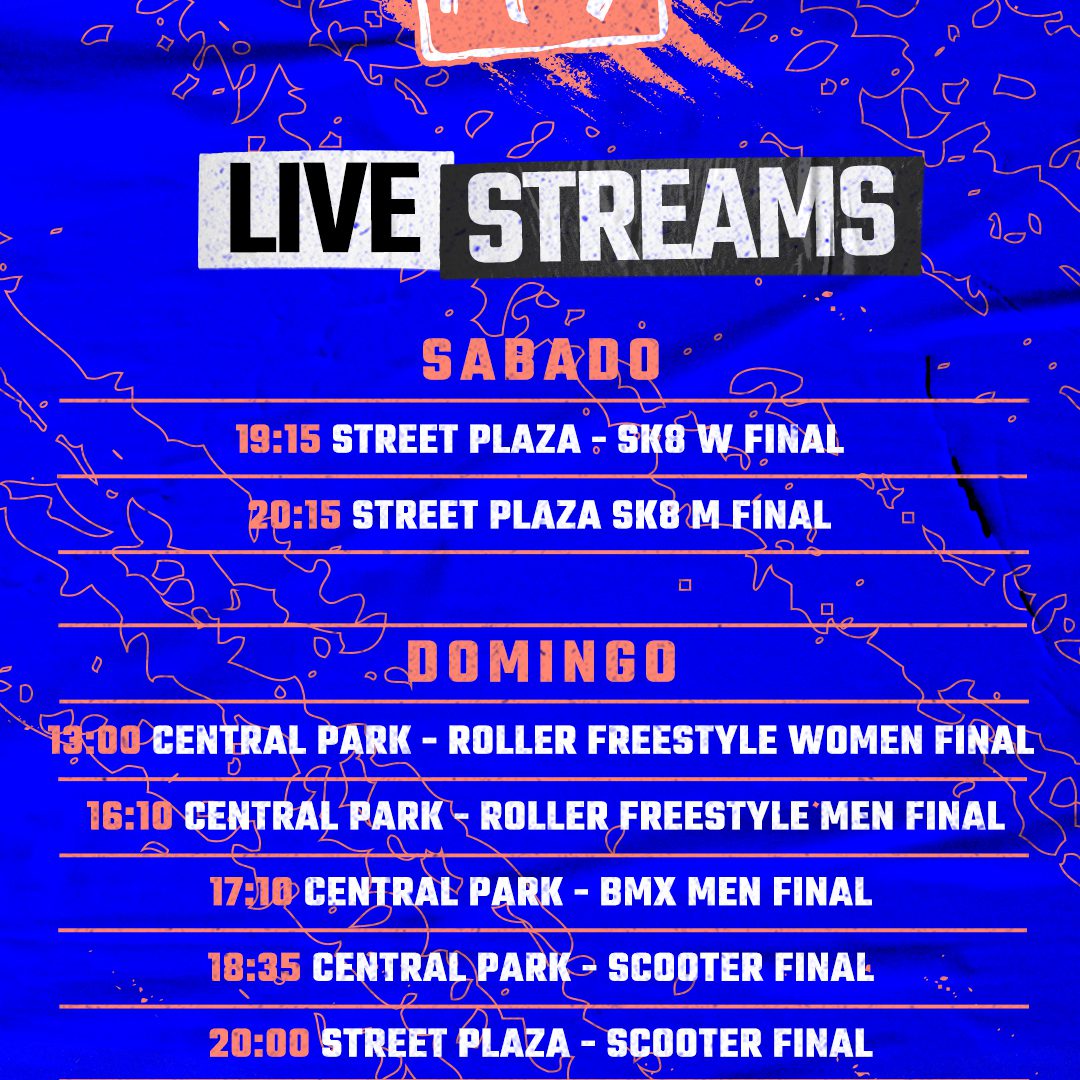 The city of Madrid is going to live an amazing weekend with the best of the current urban sport in the capital. If you can’t attend the event in situ, don’t worry! You can enjoy all the action through live streaming on the YouTube channel, Urban World Series or on TV on the thematic sports channel of Televisión Española, Teledeporte.

The 7 international finals that will take place throughout the weekend will be broadcast live with luxury commentators who will accompany us and give voice to each of the Madrid Urban Sports competitions.

On YouTube and completely free of charge, the international Urban World Series channel will be back on fire with its streaming after being a huge success at the recent Extreme Barcelona. Presented by the multi-talented Tuuli Jevstignejev, the channel will broadcast two finals on Saturday and five on Sunday.

On Saturday, Skateboarding will be the main protagonist, broadcasting the women’s final from 7:15 pm until 8:05 pm, and then linking up with the men’s final, which will start at 8:15 pm and end at 9:07 pm. For these finals, the Urban World Series channel will feature commentary from skateboarder, Kelly Hart.

To round off a crazy Sunday, it will be the turn of the Scooter finals. The YouTube channel Urban World Series will broadcast the Park final (6:35-7:25pm), to conclude with the Scooter Street final (8-9pm) on a spectacular day.

All the finals will be accompanied by top international commentators: in Roller Freestyle, Miguel Uribe; in BMX, Darryl Nau; and in Scooter, Willy Cashion.

Madrid Urban Sports can also be followed in Spanish and live on television. The thematic sports channel of Televisión Española, Teledeporte, will offer the exciting finals of the weekend.

Directed by David Garcia, Teledeporte will broadcast the 7 finals mentioned above at the same hours and with the company of prominent commentators. Yeyo Jiménez will be present in Skateboarding, Dani Expósito in BMX, Erick Ferreiro in Scooter and Borja Fernández in Roller Freestyle.

Whether or not you are in Madrid Río-Matadero Park on the 8th, 9th and 10th of October, you have no excuse to miss this tremendous weekend of urban sports thanks to the live broadcasts of Urban World Series and Teledeporte. Follow us!