A BMX semi-final with the flavour of a grand final 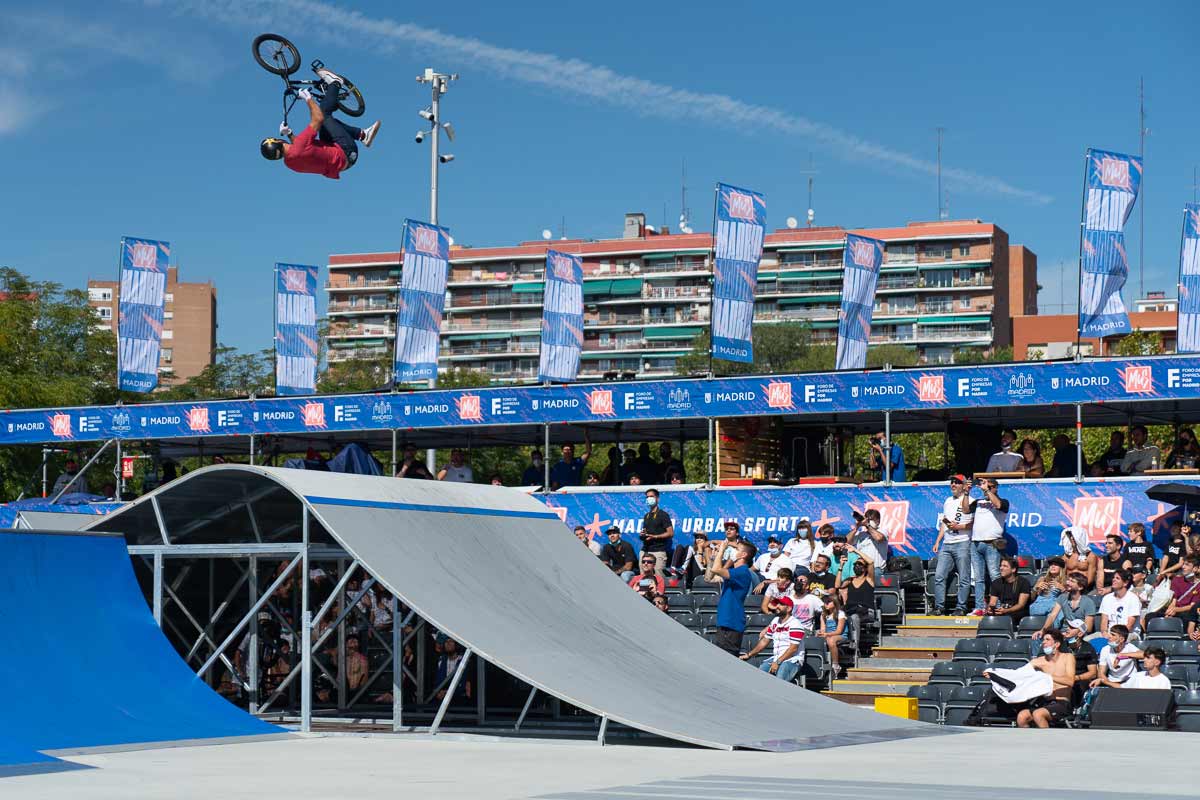 The Central Park breathed clamour and passion for BMX this morning in the Madrid Rio park, in the event of culture and urban sport par excellence, the Madrid Urban Sports.

One thing was clear this weekend, BMX is a worldwide sensation after the last Tokyo Olympics and the public knows it. The crowd was enthusiastic, shouting and chanting like a Champions League final in one of the most important football fields in Europe.

After a few practices in which we have witnessed technical flashes of what awaited us in these semifinals of real madness.

A great Pol Diaz in the first heat of the final

The semi-finals are carried out through the competition format developed by UCI and consists of two rounds for each rider of one minute each.

In the first heat we highlight the young Catalan rider from Igualada, Pol Diaz. Despite not making it to the final he had flashes of what is to come, a future Spanish talent. A good Superman flying over the fun box or his Oposite Table One Foot were some of the tricks that we highlighted from his heat.

The rest of the Spaniards like Arkaitz Armendariz or Jaime Francisco suffered falls that prevented them from getting better results during the competition.

Marin Rantes, Jose Torres and Nick Bruce are the best scores of these semi-finals.

Nick Bruce started his round with a huge backflip double whip that touched the clouds. In addition to a 360º on the Spine, the American sealed his moment with a Double Downside Whip after an incredible Barrel on the Spine.

In second position, the great José Torres AKA Maligno did a 720º that left everyone in the audience and non-audience speechless. He also pulled the first barrel whip of the event out of his sleeve.

The third position went to Marin Rantes and from his tricks we highlight the impressive 360º of the Spine to the Vulcano or his Truckrider with Tailwhip.

This time Daniel Dhers was not among the top three, but he finished in fourth position, enough to get into the final. His start was epic, and never better said as the dj played us the great Canservero’s “Es Epico”, which together with the noise of encouragement produced by the Venezuelan community has made this one of the best moments of the weekend so far.