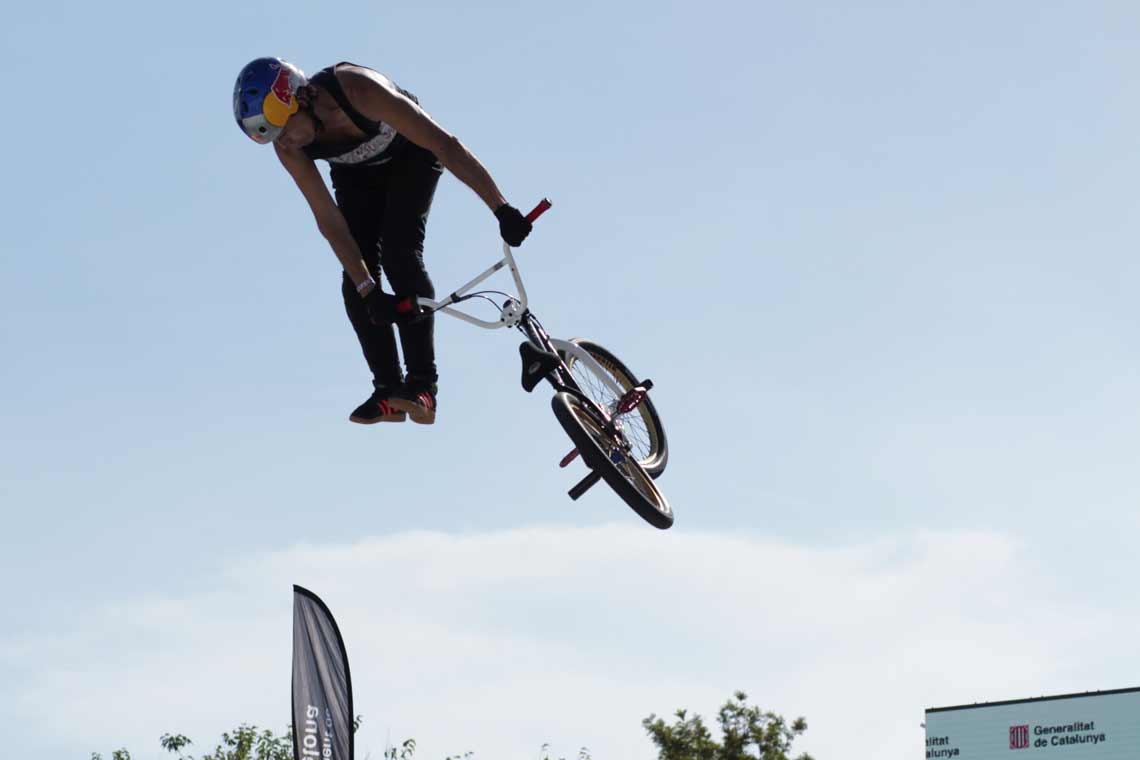 One week to go until the start of the city’s biggest sport and urban culture event. The first in-person edition of Madrid Urban Sports is approaching and the capital of Spain is getting ready to welcome the largest number of Olympic athletes at the same event.

Olympic BMX medallist, Daniel Dhers, and Spanish Olympic skateboarding athlete, Danny León, are some of the big names who will be taking part over the weekend of 8, 9 and 10 October in the Madrid Río-Matadero park.

For the first time, the city will bring together the largest number of Olympic athletes in the same competition. Julia Benedetti, Spanish Olympic skateboarder, Costa Rican Olympian Kenneth Tencio and French skateboarder Charlotte Hym are just some of the big names in Madrid Urban Sports.

Madrid Urban Sports is a city event to which all Madrilenians will have free access. During the three days of the event, there will be competitions in up to three Olympic disciplines: skateboarding, BMX and the Plaza 3×3 Caixabank as well as the final of the Spanish breaking circuit as a prelude to the debut of this sport in Paris 2024.

The international Scooter park and street competitions, Skateboarding Bowl or Roller Freestyle (men’s and women’s) will also be attended by international athletes from up to 25 different countries. In total, during the entire event, more than 350 athletes will showcase their best sporting tricks in the 8 international competitions corresponding to the six sports mentioned above.

A showcase for Madrid’s local talent

Madrid Urban Sports is the great commitment of the Madrid City Council, with the support of Foro de Empresas, to bring urban sports to all citizens, adapting to the changing trends of young people.

The aim is to provide a showcase for the city’s young people to get closer to urban sports and to showcase their sporting talent, taking part in competitions alongside major international figures.

Urban culture: from the street to the stage

Urban culture will be the second main focus of the festival, with different spaces dedicated to art and music.

Rap and trap music will move from the streets to the stage thanks to Young Blood, a free improvisation competition run by Urban Roosters, where local talent will be put to the test in search of the best rhyme to the rhythm of urban music. The winners will also have the chance to take on Elekipo and Babidos, two of the biggest names in the FMS (freestyle master series) in a grand final duel.

Music will also take centre stage during the sports competitions under the label imagin Flex Moments. Well-known Madrid rap and trap artists will be present during the breaks between events to offer, in the skateparks themselves, a 15-minute showcase, thus integrating music and sport in the same space.

Urban art will have its own space, Manzanares Town, a promenade created along the banks of the Manzanares River where 25 graffiti artists will exhibit their work live during the weekend.

Those attending Madrid Urban Sports will also have the opportunity to take part in the activities of the Enjoy zone, a space for all ages and publics based on current urban trends. There will be activities such as Pump track, Wood wave, Mini ramps, Parkour, among others, and a Kids Park will be set up for the youngest members of the family.

The official kick-off will be on Thursday 7 October at 16:30 with the official presentation in the park itself and the presence of up to 7 Olympic athletes. Madrid starts the countdown for the biggest sport and urban culture event in the capital.