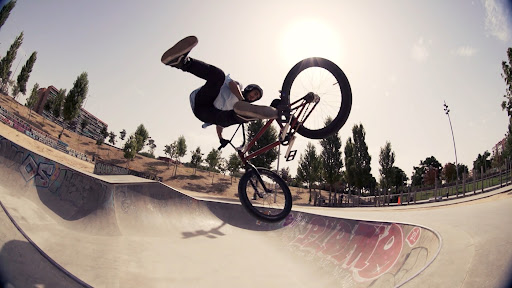 Madrid can boast of having a great BMX scene for years. The time has come for this great community of athletes to have their own event in the capital of Spain.

On October 8, 9 and 10, the Madrid Río – Matadero park will be the hotspot for a large number of BMX athletes, who will compete in the PARK discipline in both male and female categories.

But that’s not all, Madrid will host twice the Spanish championship and the international championship C1 with UCI BMX Freestyle hallmark. These two championships will bring together a large number of true masters of two wheels.

Daniel Dhers will be the top exponent of this modality and the rival to beat. The venezuelan arrives in great shape and lands in Madrid after winning an Olympic silver medal in Tokyo and the gold medal in Extreme Barcelona.

Other big names such as the Costa Rican Kenneth Tencio or the American Nick Bruce are in the running for that gold, taking into account some local names that will also enter this competition such as Alvaro Ruiz, the protagonist of this video teaser.

Equality in all competitions:

2021 marked a historic landmark for the sport after its inclusion in the official program of the Tokyo Olympics held last August. These Olympics have shown that the level of women’s BMX has risen and they give equal or more spectacle than men in a skatepark.

Madrid Urban Sports will include women’s BMX competitions in the Spanish and international championships, and will also have the same prize pool as the men’s category for the best classified. So that means that Madrid Río-Matadero will host 4 BMX competitions next October.

Remember that admission will be free of charge. See you from October 8 ?.
#MadridUrbanSports