Skateboarding and scooter classes for 700 students in Madrid 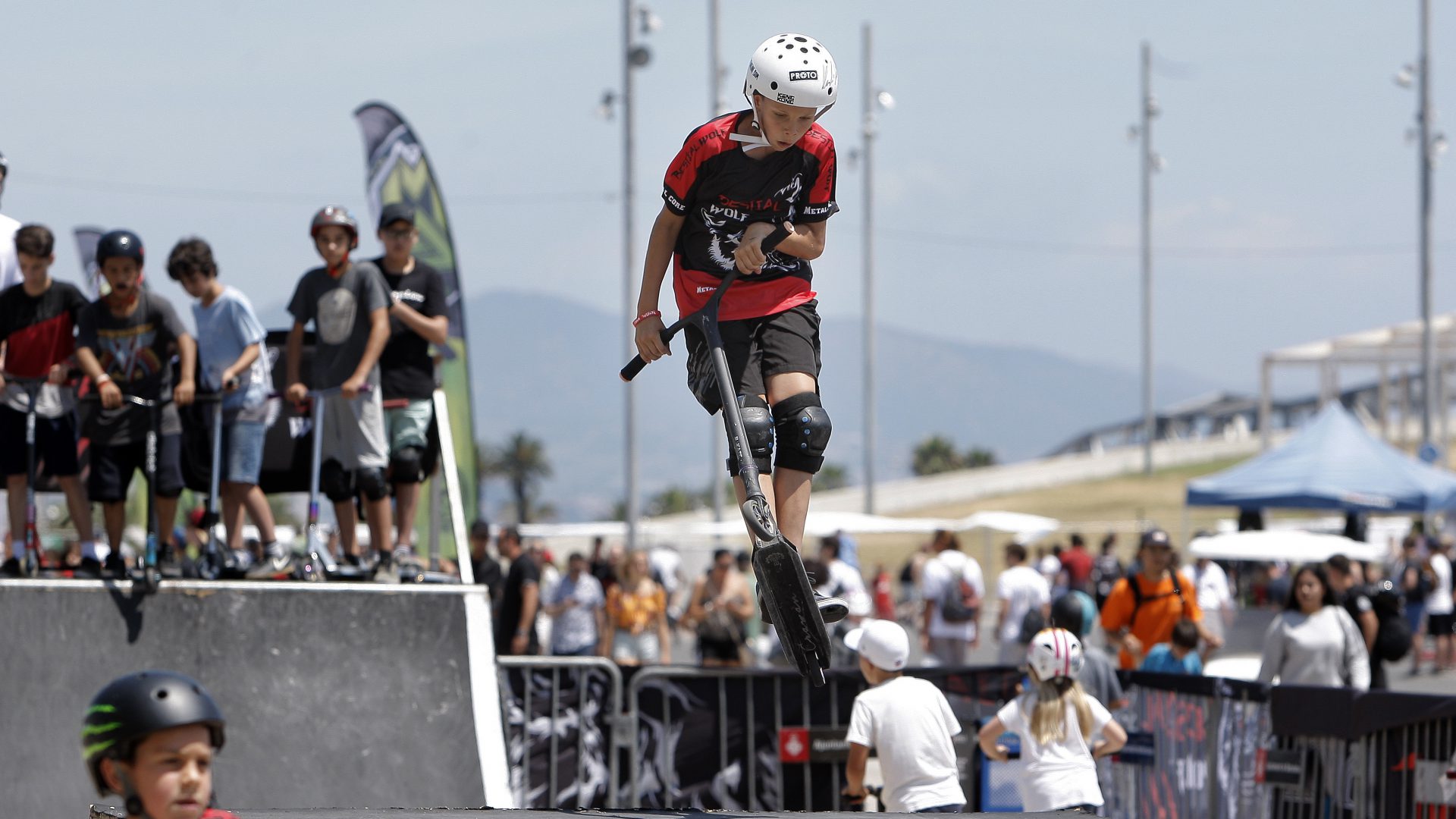 The Madrid Urban Sports countdown has started and the first stop at the city is a local activity at the Madrid schools with one goal: to promote skateboarding and  scooter sports among youths.

The big event of sport and urban culture of the city is already warming up and during the previous weeks, about 700 students from primary and secondary schools will have the opportunity to feel like real stars of urban sport. All of them will be able to attend an introductory skateboarding or scooter class by specialized teachers. They will receive an introduction and basic knowledge that will allow them to open the doors to this urban world.

The Olympic athlete Danny Leon, one of the top representatives of skateboarding at national level and a reference for all young people who practice urban sports, celebrates that skateboarding is approaching to schools: “giving the opportunity to the new generations to learn it, in the same way that is done with other sports, helps to make urban sports something accessible and not a minority”.

Just two months ago, skateboarding took the leap it deserved years ago by debuting as an Olympic sport in Tokyo 2021. Now it’s the turn of the little ones in order to bring these urban sports to a more mass audience so that everyone can experience the adrenaline they give off.

In addition to hosting the best urban sports competitions, Madrid Urban Sports will also support emerging local talent by offering a wide range of cultural experiences linked to urban art and music. In a space under the name Manzanares Town, Madrid graffiti artists will be able to showcase their creativity and display their best designs made with recycled supports, becoming a meeting point for artists of different styles eager to share their passion with the public.

Another unmissable experience is the star activity of the event, Young Blood, created to support the progression of the local Madrid scene within the discipline of Freestyle Battles. Young talents will demonstrate their best improvisations to the rhythm of urban music. Only two of them will reach the final, where they will face great guest artists, improvisation referents and members of the FMS.

Are you an urban music lover and want to show the world what you are capable of? Pay attention because your wishes can come true. On September 16th, registrations will open to offer all those young people like you, full of passion and ambition, the opportunity to showcase their talent at the Skate Plaza of Madrid Urban Sports.

The MUS comes for the first time in person to the capital after having premiered in November 2020 with a virtual edition, due to restrictions by Covid-19. Urban culture and high-level competition led by international scooter, roller freestyle, skateboarding and BMX athletes will be the main axes of this free event open to the public in Madrid Río-Matadero from October 8th to 10th. Are you going to miss it?