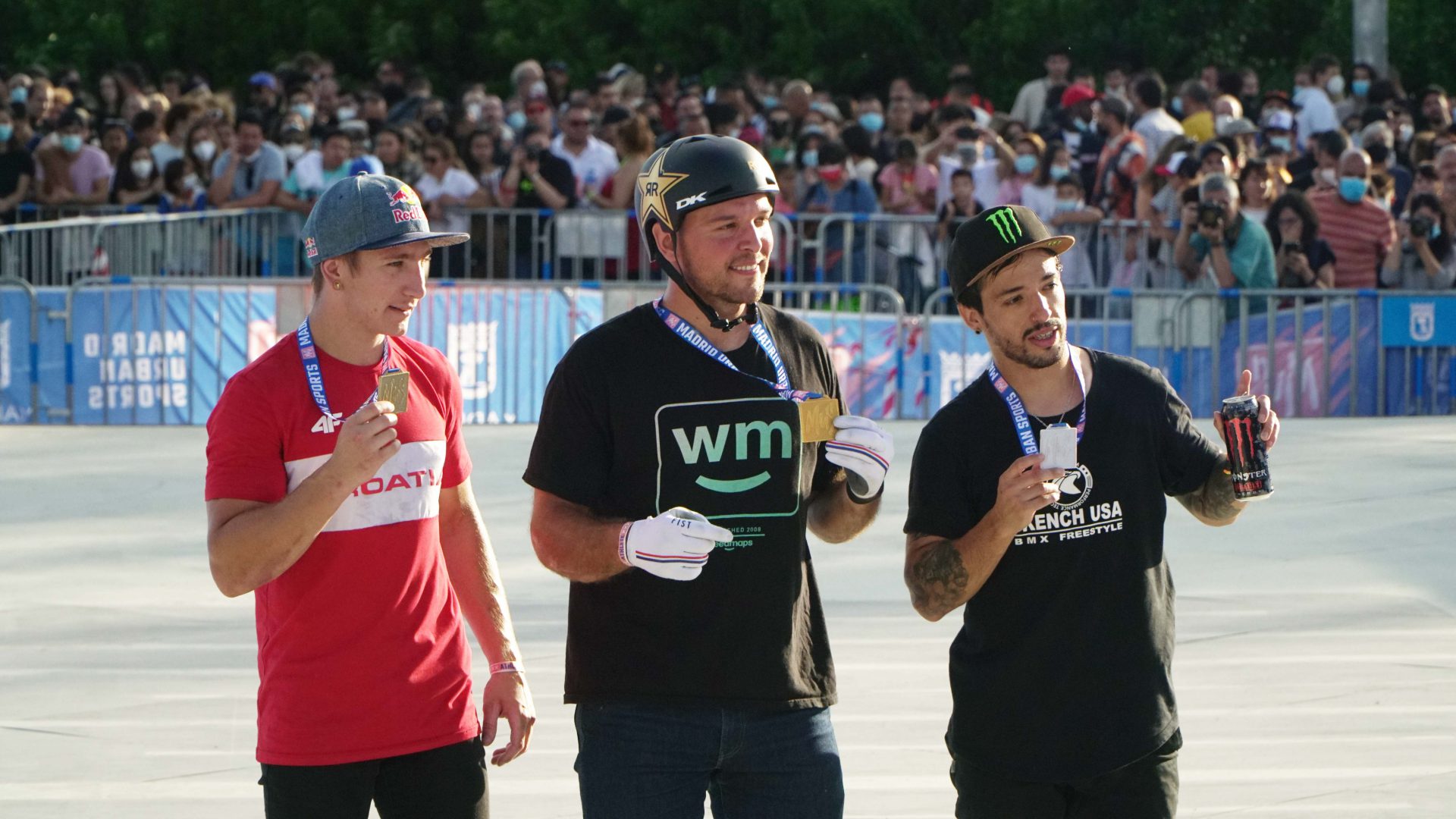 One of the highlights of Madrid Urban Sports 2021 was the BMX final. Pure and hard show, improbable tricks and amazing acrobatics on two wheels. The Central Park of Madrid Río-Matadero has been filled as never before to enjoy a tremendous final.

The incredible atmosphere was accompanied by a high level of sportsmanship. The best international riders have given everything in a beautiful final.

The American is a life insurance. He does not make mistakes. With a great first round Nick Bruce has been enough to proclaim champion and hang the gold medal in Madrid. Bruce has achieved a record of 91.67 points and has delighted us with a huge backflip triple whip and a cork 720 executed to perfection. The American dominated the competition so much that he was even able to relax on his second attempt after seeing himself as the winner.

Close behind him was Jose “Maligno” Torres with 90 points. The Argentinean had to settle for the silver medal as he did in the Extreme Barcelona, and it will not be for not having left us with our mouths open. Flying as always very high, “Maligno” has left tricks like a huge 360 transfer between two modules that were more than 6 meters apart.

With the permission of these two BMX giants, one of the great sensations of the competition was the Croatian Marin Rantes, who slipped onto the podium after lifting the audience out of their seats with fantasy tricks. A lot of magic and a lot of talent. The combinations of barspins and tailwhips were endless.

Daniel Dhers off the podium

Despite being the most acclaimed of the final, the Venezuelan Daniel Dhers could not give a joy to the huge community that supported him and has been left off the podium. After a very demanding few months, Dhers did not feel too comfortable on the track during the whole weekend, and it was evident in the final. Despite his fourth position, the Venezuelan left us tricks of the caliber of the cashroll barrels or the backflip no hands. It is always a luxury to have Daniel Dhers with us. Pure spectacle.

The BMX competition drew a huge crowd from the start, both in the stands and around Central Park. The crowd flooded the Madrid Rio-Matadero park with great passion and carried the riders on their backs throughout the competition.