Lucas DiMeglio and Jamie Hull, the kings of scootering 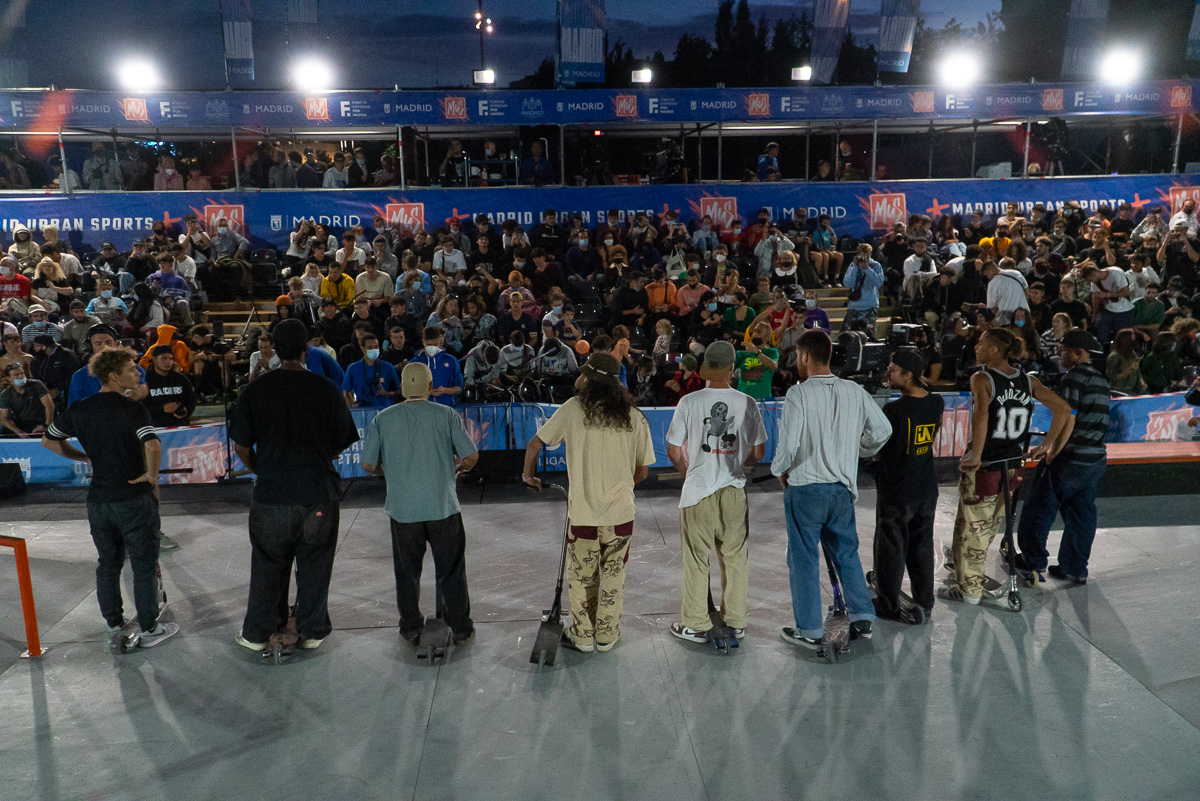 To close the Madrid Urban Sports it was time for the Scooter. In its Park and Street modalities, this discipline has made us vibrate with its spectacularity and dynamism.

The Scooter Park final was a real exhibition of the best riders in the world who gathered in the Central Park of Madrid Río-Matadero. The Madrid public enjoyed for the first time a Scooter competition of the highest international level in their city.

Jamie Hull sweeps the board

From the semi-finals to the final, Jamie Hull was unrivalled. The Briton put in two absolutely perfect rounds. All the tricks were cleanly landed and he was the only rider to land two doubles in his rounds.

Leo Spencer took silver, confirming the dominance of British riders in this speciality. The podium was closed by the Swiss Anthony Grant, who was able to perform a totally different round than his opponents, making it clear that he is one of the most creative athletes in the sport.

The young Spanish rider has been postulated as one of the candidates to dominate this speciality in the near future. Perez has been able to rub shoulders with the best, achieving a valuable fifth position and has lifted the crowd from the stands during his rounds.

His 540 flair has its own stamp and to round off his performance he delighted us with a quintuple backflip whip.

The reigning world champion of this speciality has given no option to any of his rivals. The Frenchman has shown once again that he is a step above the rest of the athletes. He only needed the first round to secure the gold in the final that closed the Madrid Urban Sports 2021.

The rider from Navas, Guifré Obradors, won the silver medal with an absolutely stellar performance. His rounds have driven the crowd of a packed Street Plaza crazy. With the great support of the home crowd, Obradors has ironed some great tricks like the gap heelwhip to lipslide on the flat rail down. The trick combinations were so complicated that it is hard to describe them.

Frenchman Mathias Villers was the big surprise of this final and against all odds he won the bronze medal. Consistency and creativity defined his performance in this great final.