The big winners at the MUS 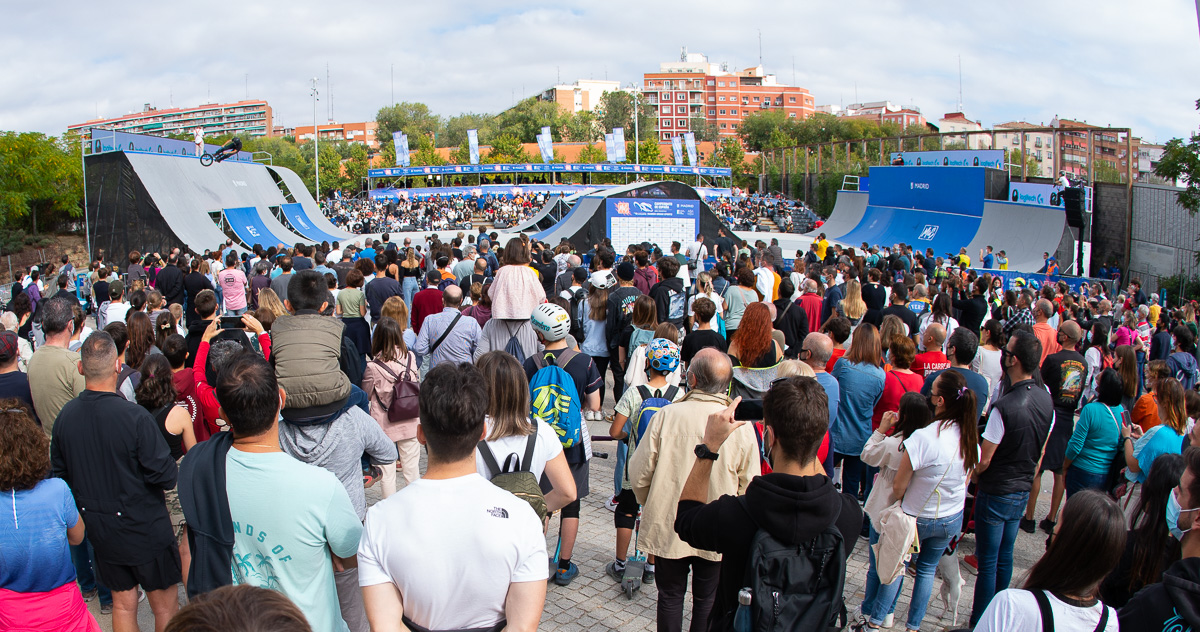 The huge line-up of athletes presented by Madrid Urban Sports in its first on-site edition has left us with moments to remember and great winners in each of the disciplines that have been held in the Madrid Río-Matadero Park.

Drawing up a list of the most successful athletes of the event is always complicated, as we have witnessed a very high level among the participants, but we leave you below a selection of the athletes who have climbed to the top of the podium in Madrid, hanging the desired gold medal.

The presence of Olympic athletes in this MUS has raised the level of the event and has given it international prestige. One of the big names we had marked in red in our minds was the Peruvian skateboarder Angelo Caro. After finishing fifth at the Tokyo Olympics, Caro did not disappoint and was proclaimed Men’s Skateboard champion with some very complete and high level rounds.

The Peruvian distilled flow to blow up the Street Plaza with a gap 360 flip lipslide in the best trick, the highest scoring trick of the competition with a 90. Much was expected of Angelo Caro and he didn’t disappoint. Pure spectacle in Madrid.

South America has tinged the Madrid Urban Sports with Latin rhythm, and for rhythm the Brazilian Virginia Cavalcante, who won the gold medal in women’s skateboarding thanks to an excellent final. The skateboarder from Rio de Janeiro showed off with tricks such as a backside feeble on the handrail, a 360 flip or a backside boardslide.

A lot of talent and self-confidence that have helped her to get on the top of the podium in Madrid ahead of an Olympian like the French Charlotte Hym, who started as a big favourite.

One of the most crowded finals of the Madrid Urban Sports was the BMX. The Madrid Río-Matadero Park was flooded with spectators to follow the grand final from Central Park. Olympian Nick Bruce was crowned champion after a perfect first round in which he left us speechless. The American delighted us with a huge backflip triple whip and a cork 720 executed to perfection. With a score of 91.67 points, Bruce was even able to relax and show off in his second round.

Nick Bruce has beaten names like the Argentinean “Maligno” Torres, the Croatian Marin Rantes or the medallist in Tokyo, Daniel Dhers, one of the most acclaimed of the afternoon.

With a new exhibition, Lucas DiMeglio dominated the Scooter Street competition with an iron fist and won the gold medal without giving his rivals a chance. The Frenchman, reigning world champion, only needed one round to secure his victory. His always spectacular style has uncovered the admiration of the public in the Street Plaza of Madrid, and with 83.50 points he has climbed to the top of the podium. The Frenchman is in superb form after also winning the World Championships in Barcelona, and seems to have no rival who can overshadow him.

With a blatant authority, Jamie Hull is the other great winner of the Scooter in the MUS, in this case in the Park category. The Briton led the ranking from the start of the competition to the end, leaving his opponents far behind. The ease with which he landed his spectacular tricks has left the public, judges and rivals speechless. It will take a long time to forget the double backflip double whip he landed with such ease. In fact, Hull has been the only rider able to iron two double backflips in his rounds.

The Roller Freestyle competition has been another of the pleasant surprises of this Madrid Urban Sports. The champion was Raúl Quiles, who left us absolutely perplexed with a double backflip to start his round and show us the spectacular nature of this discipline. With a score of 82.33 points, the Barcelona native climbed to the top of the podium to take the gold medal in an all-Spanish competition that left a great sensation.

Also in Roller Freestyle, but in the women’s category, Mery Muñoz won by only 33 tenths of a second to be proclaimed champion of the competition. The Bilbao native narrowly beat Eneritz Quincoces to win gold in a final full of Spaniards. A score of 57.33 points brought Muñoz to glory in Madrid, making her one of the best skaters in Roller Freestyle today.