Scooter: the dish of the day in the parks of Madrid Urban Sports 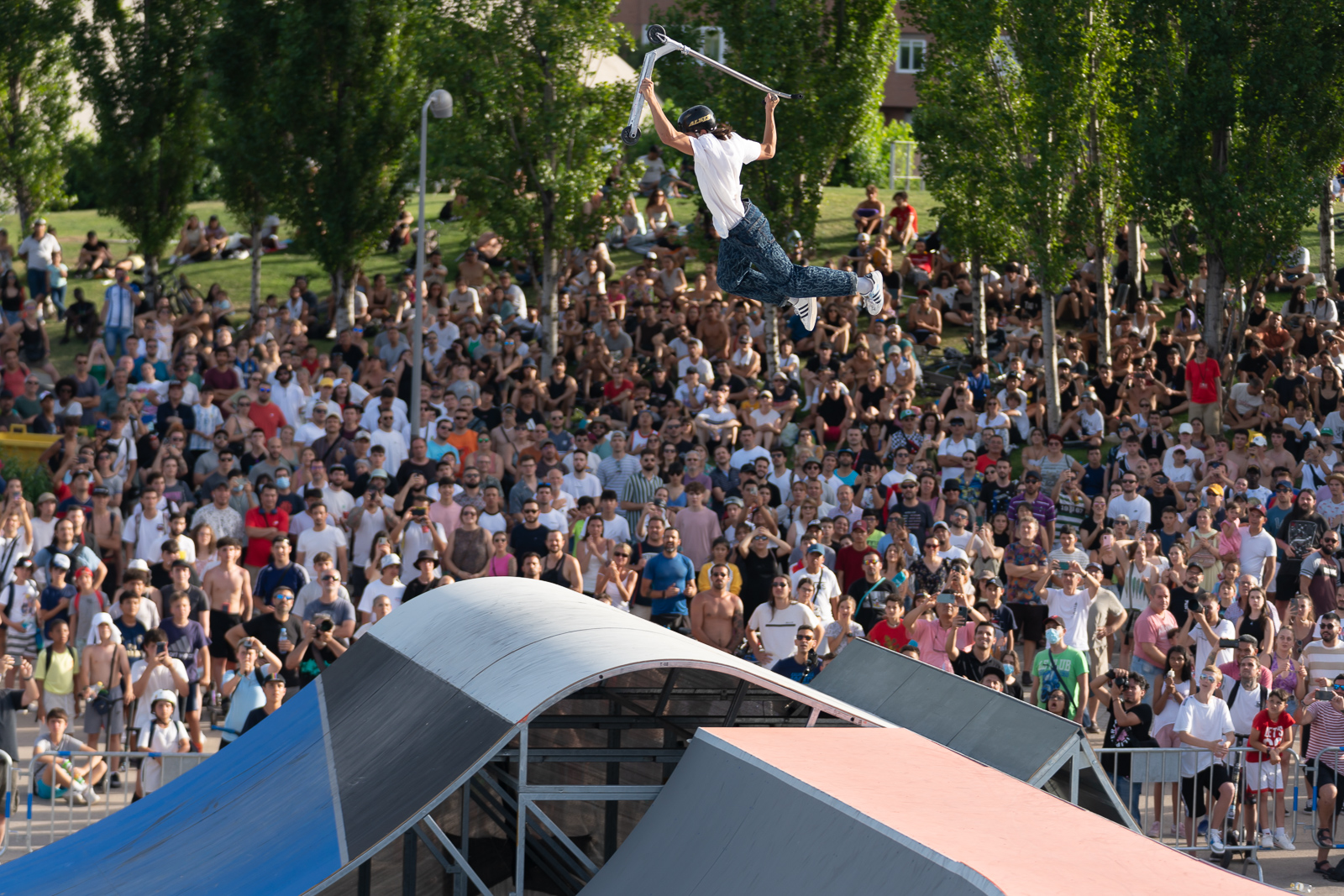 Sunday afternoon was dominated by the scooters, the central and the street parks experienced two exciting finals where epic tricks were seen that left all the park’s visitors speechless.

The madness was unleashed when Esteban Clot, the winner in the category, surprised all the spectators with his now typical drop trick, which he landed perfectly on two occasions. The Frenchman did a perfect first round, where he was delighted with all the elements of the module, sliding and showing the quality of his tricks. Jordan Clark, reigning world champion, could not take the gold medal because he did not iron some tricks. It was not the Briton’s afternoon, even though he tried to replicate the triple flair he achieved not long ago, being the first person in the world to do so.

Alex Pérez Ortuño won the bronze medal after two rounds performed to perfection, the Spaniard took the medal to the amazement of his opponents thanks to his incredible technique and tricks. 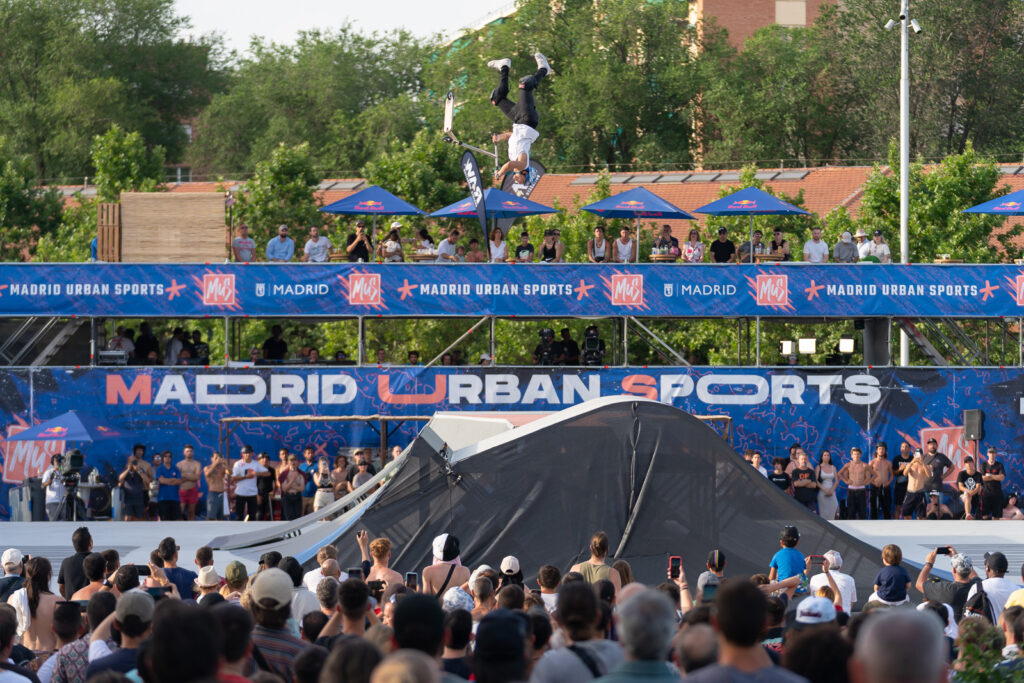 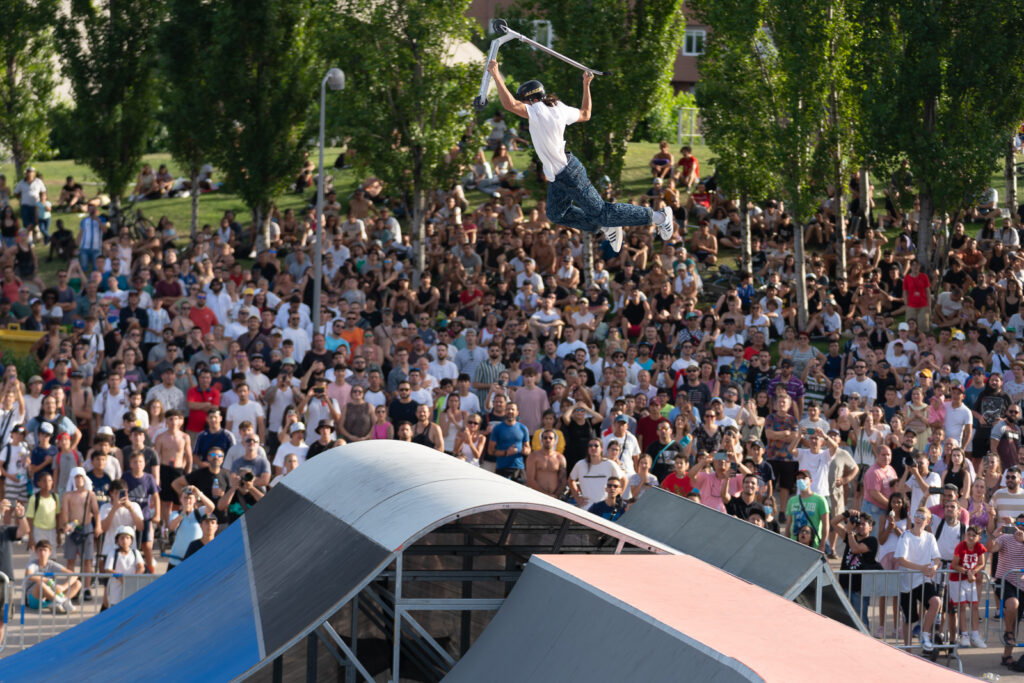 The scooter moved to the Street to offer even more spectacle with the Scooter Park final. Almost a thousand people came to see the champion, Lucas di Meglio revalidating his title as MUS champion in the Scooter Park category. This feat makes him the first two-time champion of the biggest urban competition in Madrid. 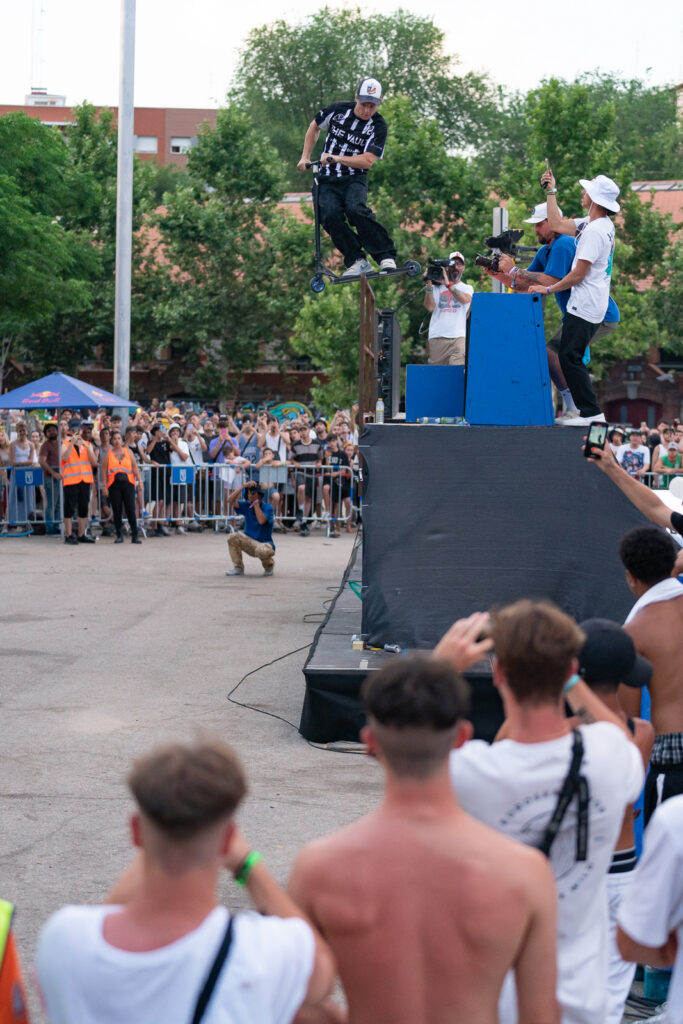 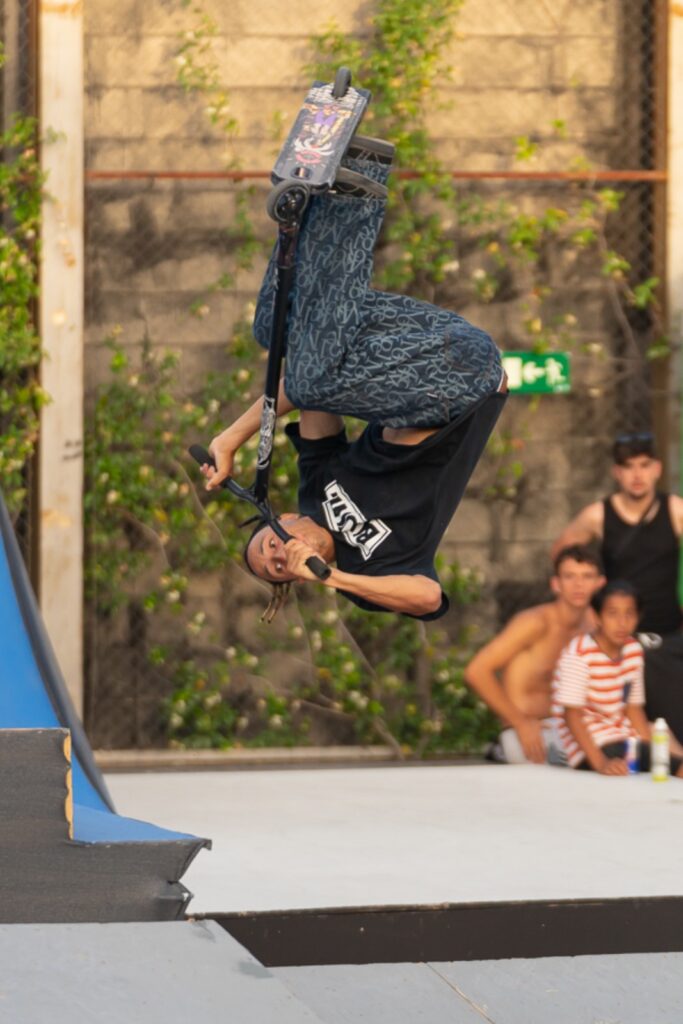 Jonathan Perroni won the silver after one of the tightest rounds in the park in recent memory, demonstrating his skill with perfectly ironed tricks and challenging Di Meglio to replicate his tricks. Guifré Obradors took bronze with two very solid rounds and some perfect tricks in the trick round. 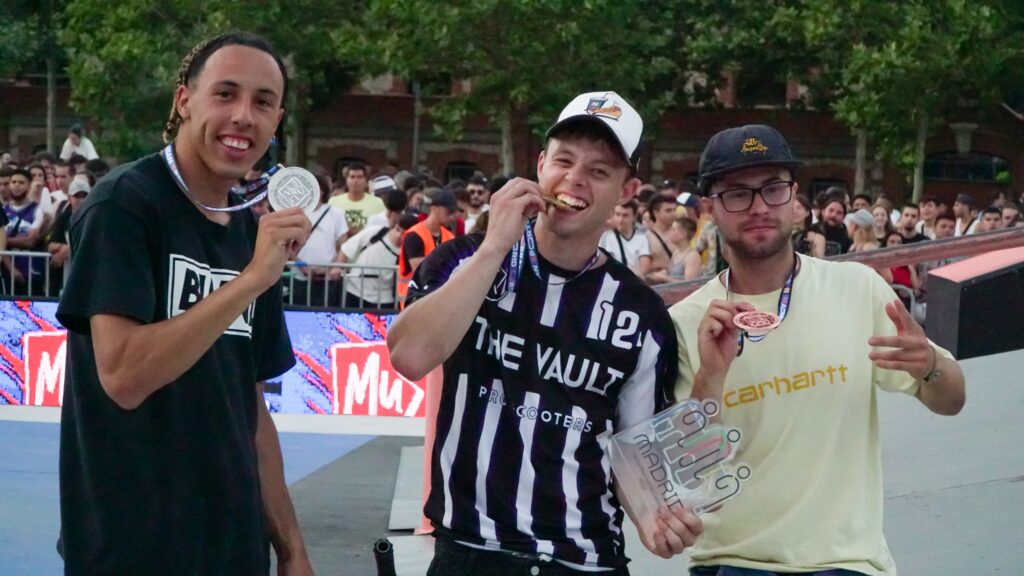 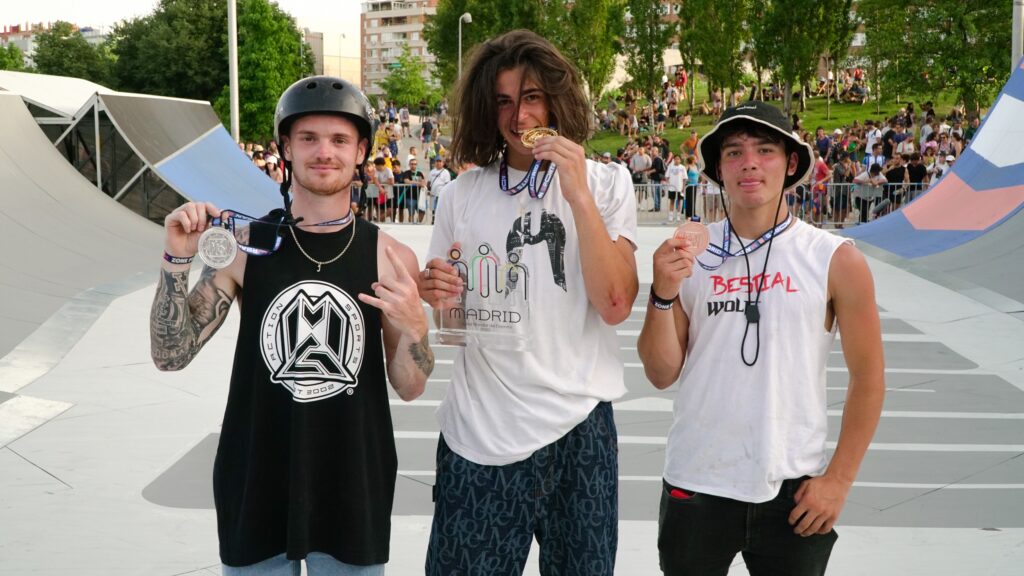