Semifinals Saturday at the Central Park of Madrid Urban Sports 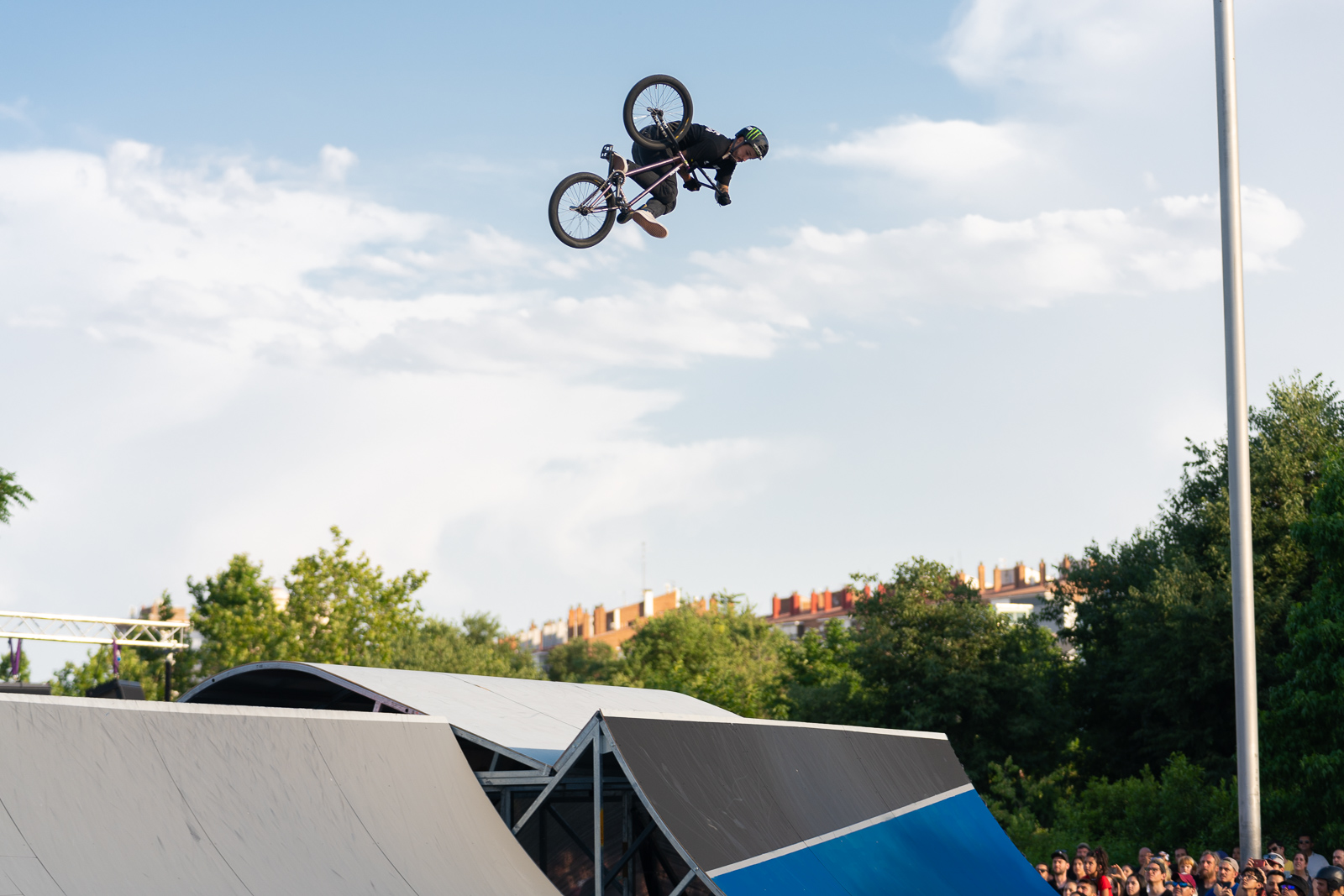 A heated Central Park was the stage where over 50 BMX and Scooter riders attended to win one of the valued tickets for the finals, seats were sold out at a high price and the crowd enjoyed the semifinals with rounds and tricks deserving of the best finals.

In BMX the level was very high and many of the athletes showed some of the aces they had up their sleeves in order to be among the 12 chosen to compete today in the final. Jose Torres also known as Maligno was the great dominator of the day. With rounds with a lot of power, and a spectacular repertoire of tricks, the Argentinean flew one metre higher than all his rivals on every obstacle in Central Park, giving him a final score of 94.67.

Croatia’s Marin Rantes and Olympic bronze medallist Declan Brooks qualified second and third respectively and confirmed that they are two strong contenders to unseat Torres for gold in today’s grand final. Mr. Daniel Dhers, the crowd favourite, took fourth place and is still in the running for a place on the podium at Madrid Urban Sports 2022. 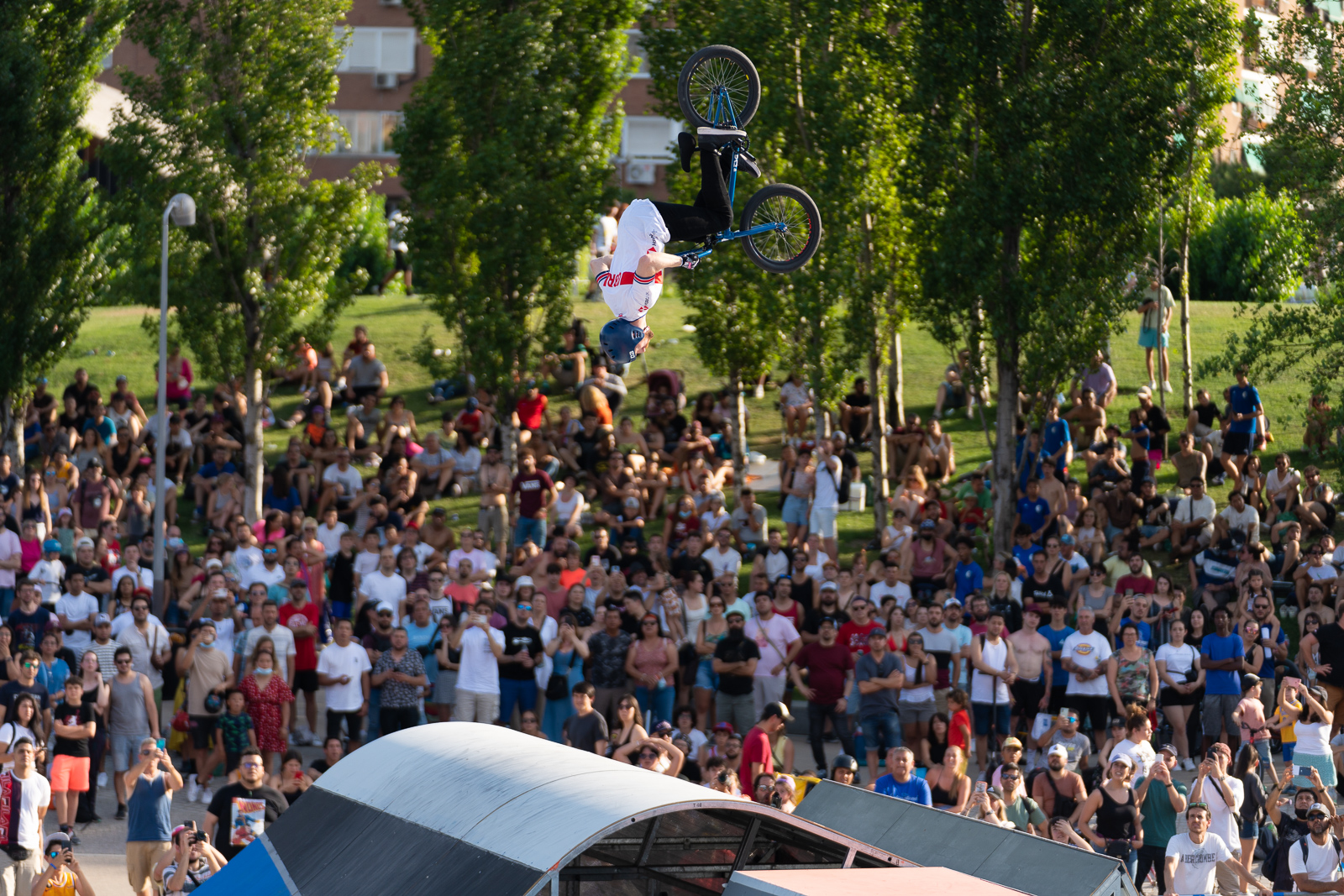 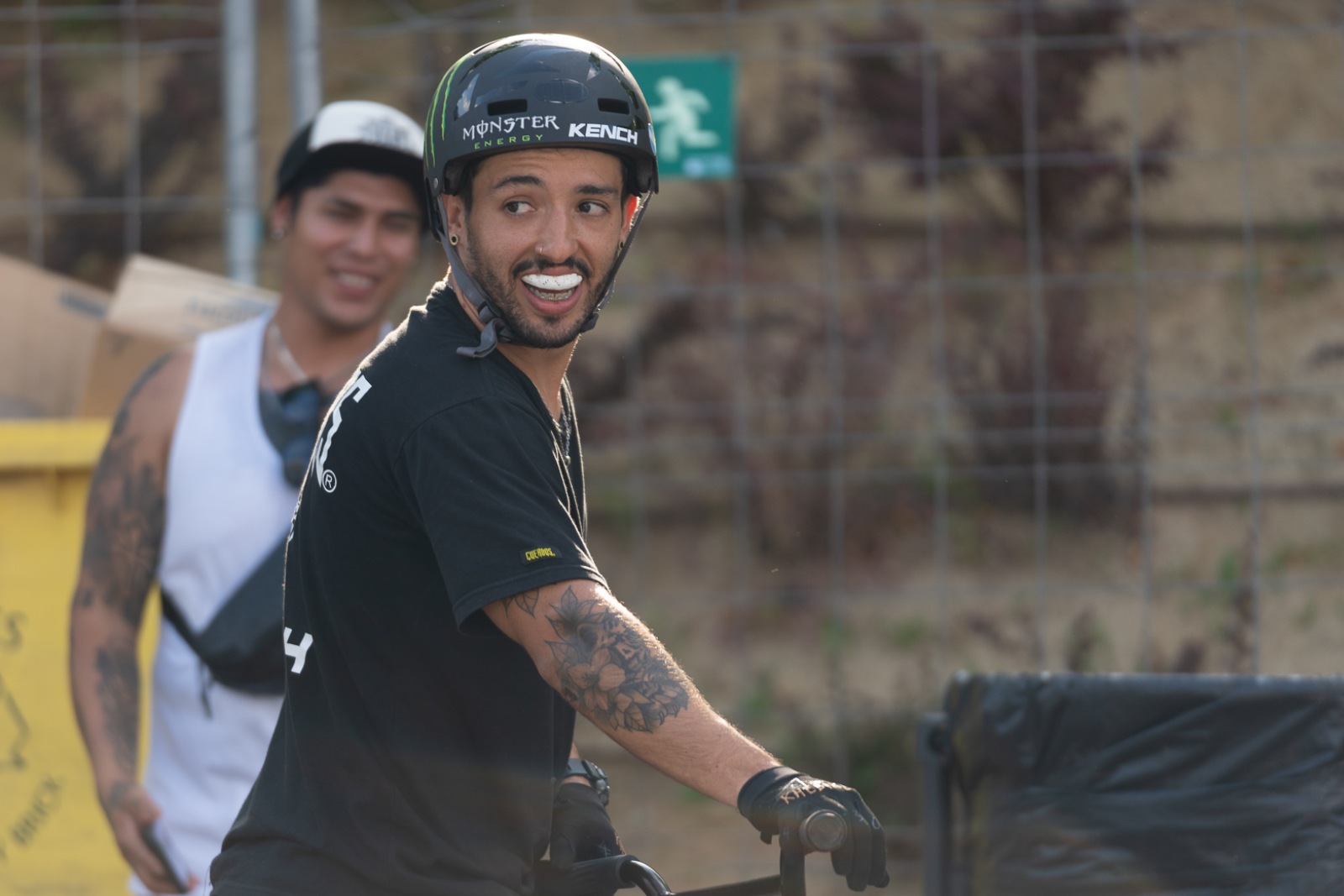 British rider Jordan Clark was the great dominator of the scooter park semifinals and moved like a fish in water in each of the ramps of the monumental construction. Flow and power defined each of his two 45-second rounds in Central Park, which combined with tricks such as the cashroll in the funbox or the double flair, propelled him to first place in the standings with a score of 81.00.

His teammate Jaime Hull, who comes to defend the gold medal he won in 2021, followed him closely showing that he will not make it easy for Clark to win. Combinations of whip and rewinds added with some bombs like the double flair gave the Briton 75.87 points. The third place in the semifinals went to Esteban Clott. The French juggler was stylish in each of the semifinal rounds, watch out for the one who can make the surprise in the final. 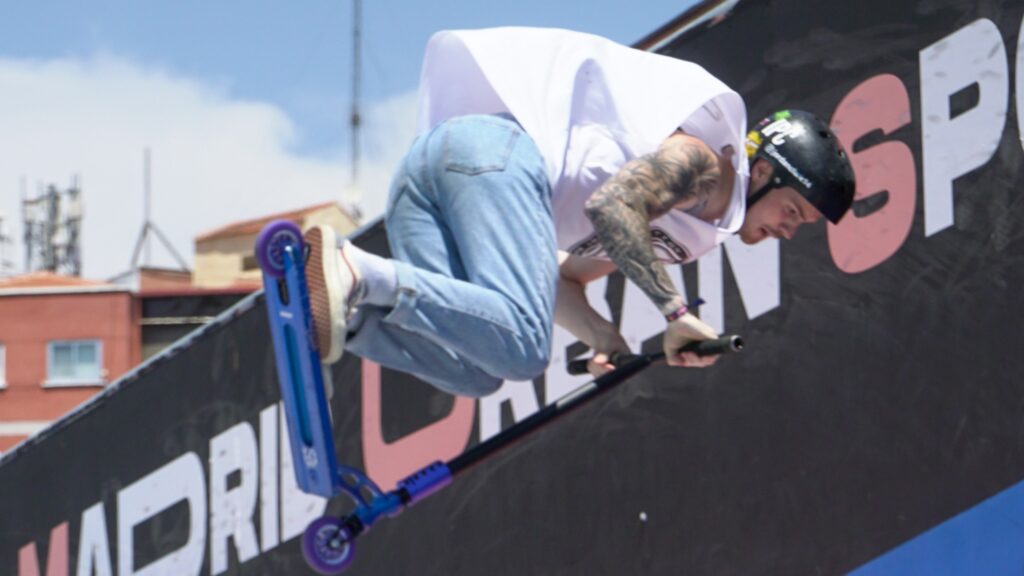 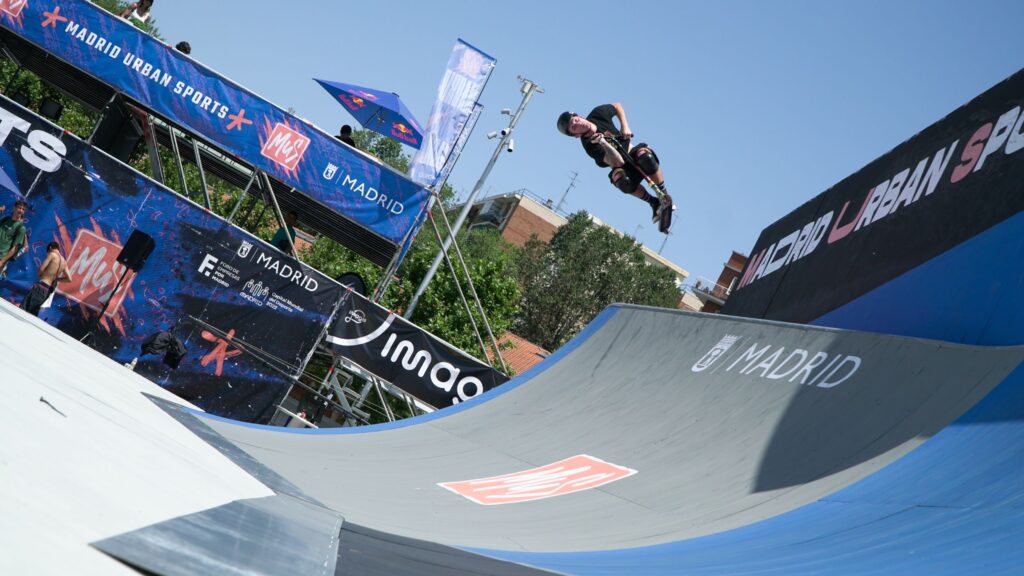 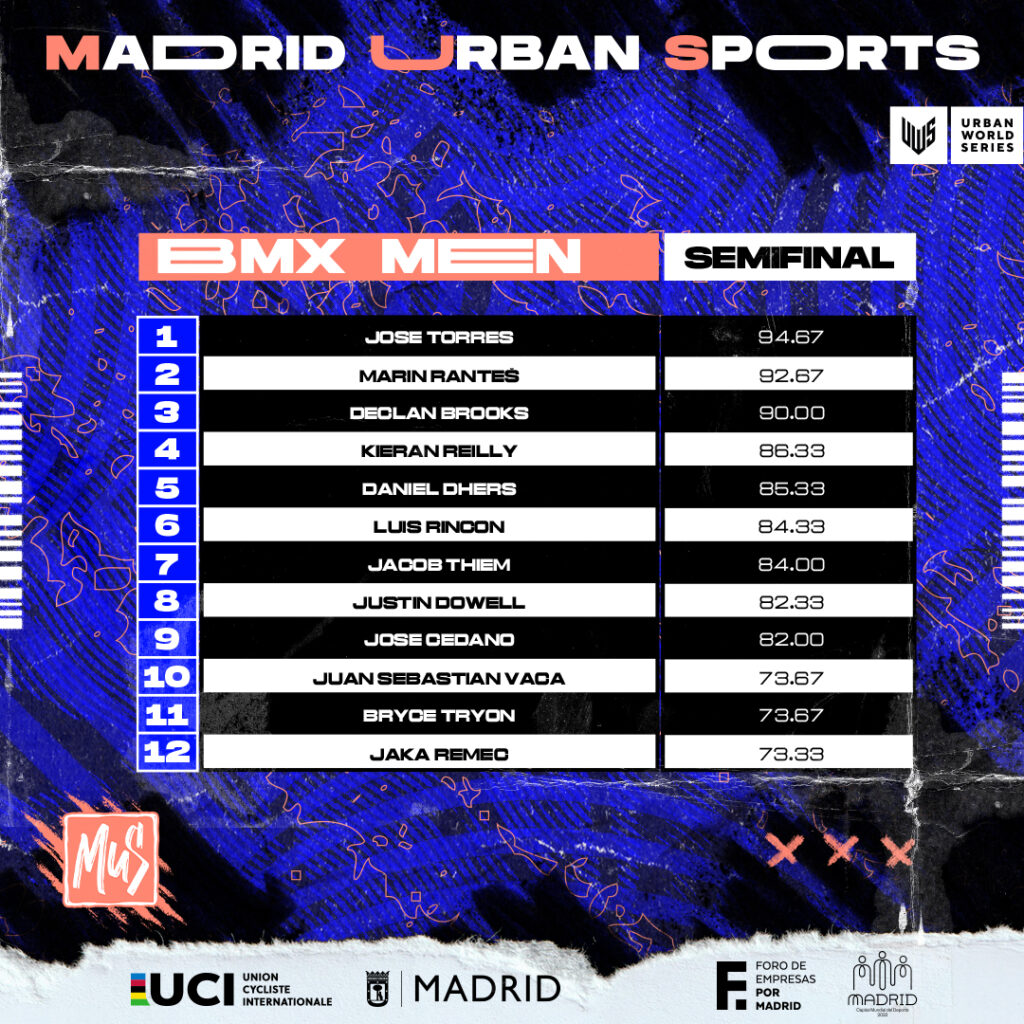 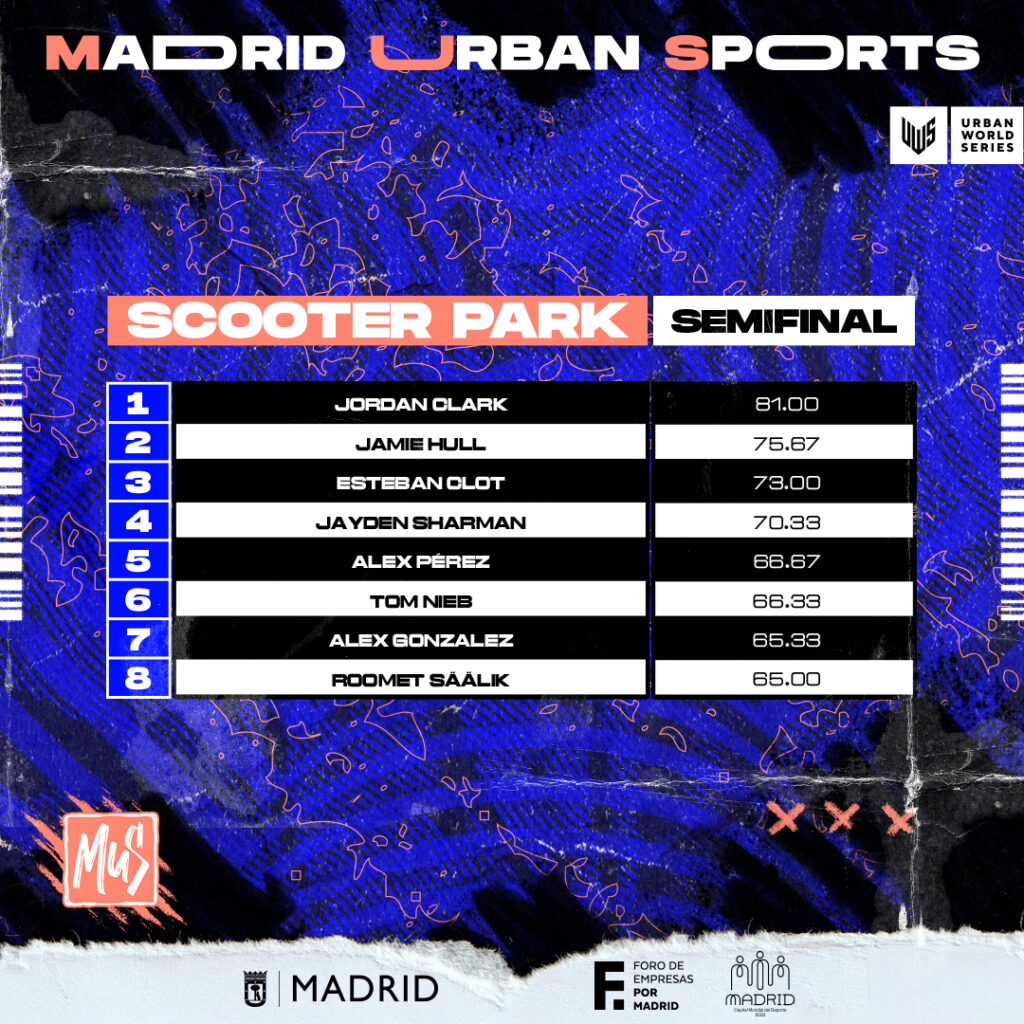