The olympic winner becames the queen of MUS at BMX discipline 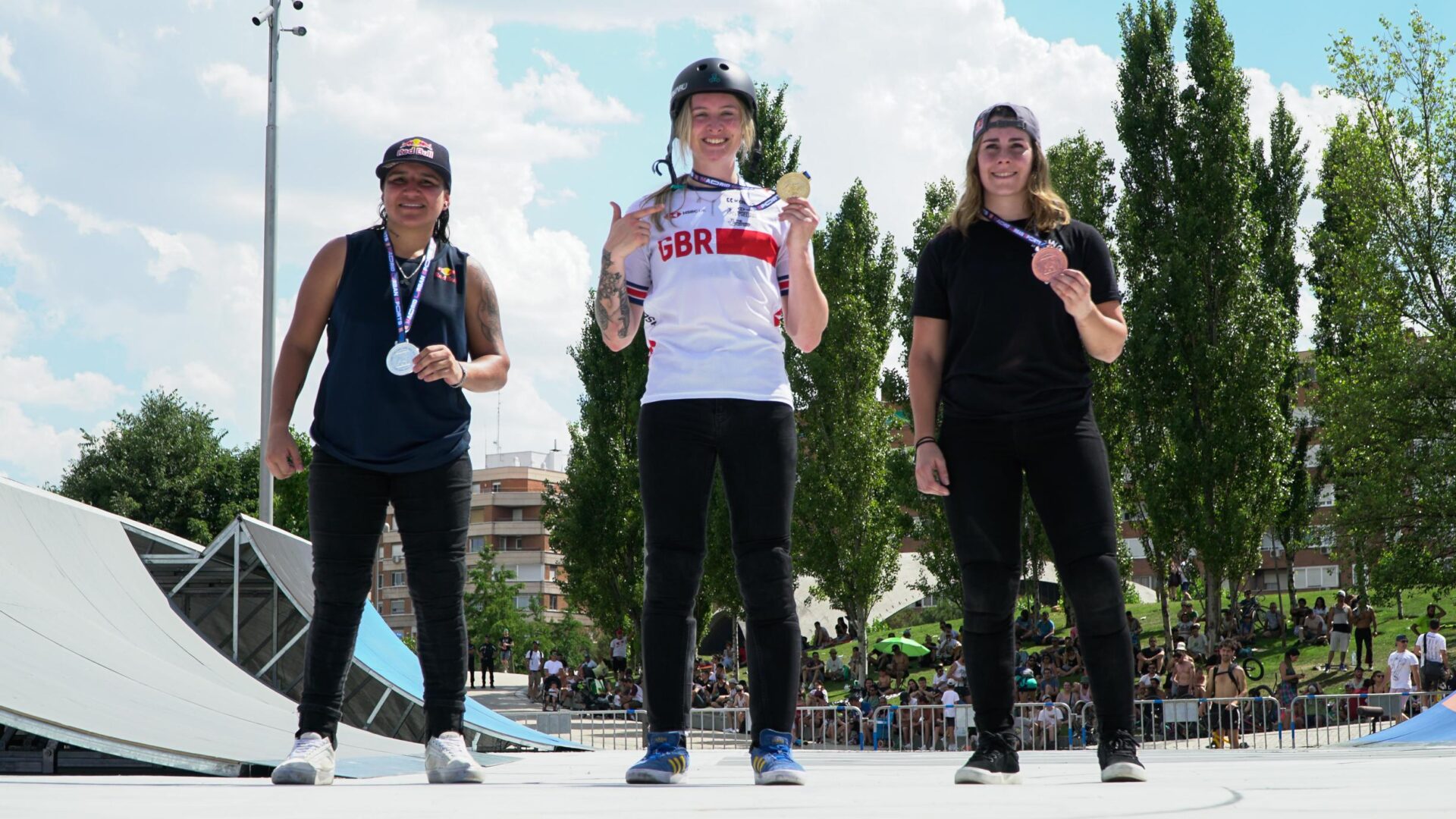 The Central Park of Madrid Urban Sports was prepared under a blazing sun for the first big final of the afternoon: BMX C1 Women, also qualifying for the Paris 2024 Olympic Games. Charlotte Worthington took the gold with two very complete rounds, her teammates on the podium Lizurley and Nikita did two good rounds but the talent of the young British woman dazzled Madrid Río Matadero.

Charlotte won gold and the affection of all the visitors who attended the final, and despite the heat, the Brit gave the crowd two perfect waves of incredible tricks. Whortington started strong, with a 720 on the Funbox right out of the gate, to mark territory and alert her rivals that she was going for the gold medal.

She said afterwards, “I was really happy with the win after a rocky start to the season, I liked the modules and I went for it and got a 720 to start and that gave me a boost”. 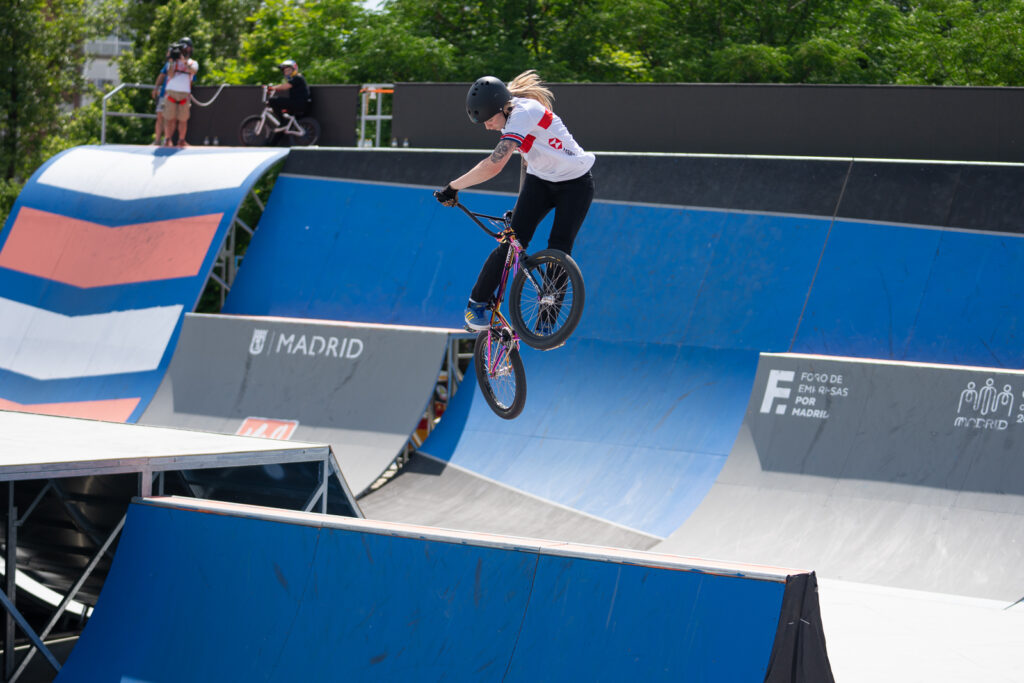 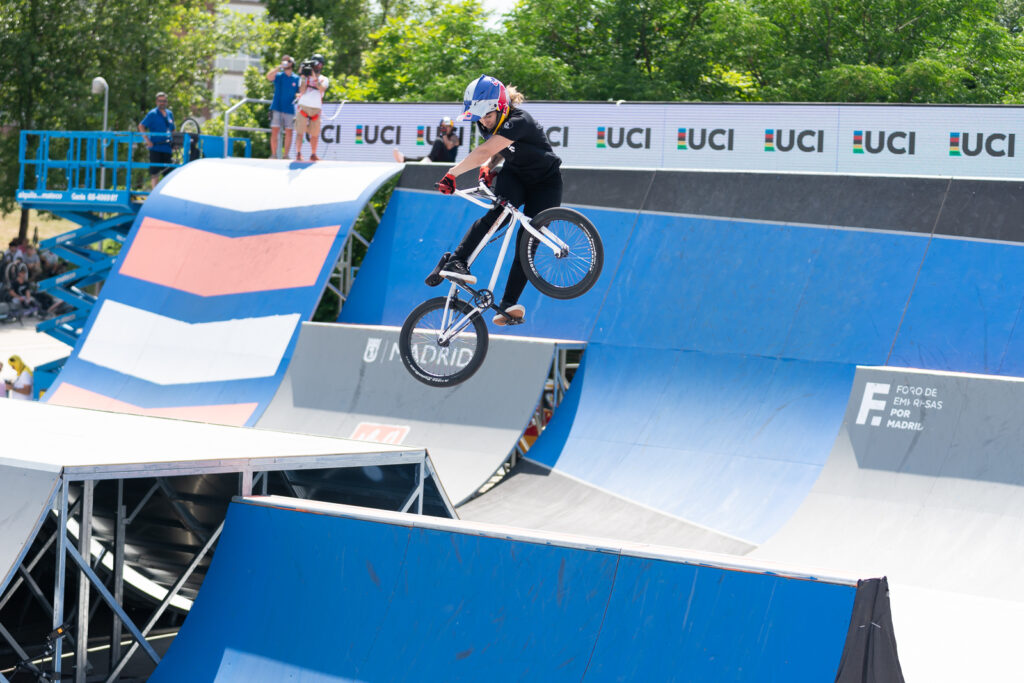 Lizsurley Villegas, the reigning champion of Madrid Urban Sports, competed for her throne until the end, although she took a lot of risks with her tricks: cancans, flips and 360, but her reign in Central Park slipped away. Nikita Ducarroz, who started first in the semi-finals, took third place with a very solid performance in her two rounds, with very sharp tricks and sliding all over the park.  The three medallists take one more step towards Paris 2024 by obtaining the first qualifying points for the Olympic Games and, also, the first medals of the MUS in this epic weekend of culture and urban sport in Madrid.